The main character is the Egyptian Sheikh Hosny, who appears as if he is recounting his diaries in the popular neighborhood of Kit Kat: He is a simple, blind person who lives with his mother and his young son in a house he inherited from his own father. Sheikh Hosny’s permanent presence in the neighborhood makes him its secret keeper which makes him running to daily tragicomic incidents. Yet, every night, Hosny likes to sing and tell jokes while smoking hashish downstairs along with his close friends. Because his pension is very low, Sheikh Hosny must find a way to take care of his mother and son while securing extra bucks for his daily dose. And so, one day, he decides to sell his house to a hashish merchant for a small amount of money and a daily piece of hashish. 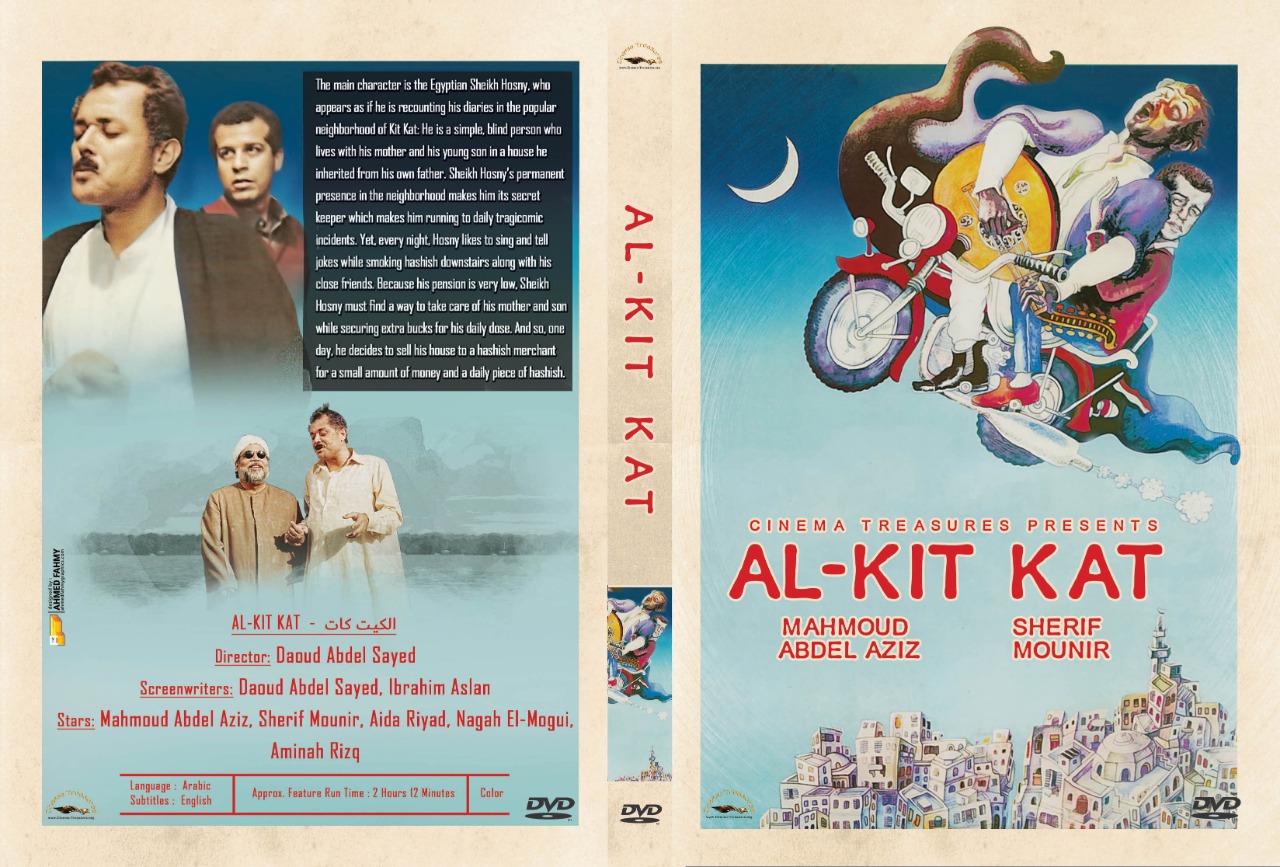 It is one of the most important films of Egyptian cinema in dealing with a personality far from the usual aesthetic approach. The film achieved commercial and critical success by receiving the Best Film Golden Award and Best Actor Award for his main star Mahmoud Abdel-Aziz from Damas Festival 1991 and Best screenplay for his writer-director Daoud Abdel-Sayed from the festival of the Arab World Institute, Paris, France, 1992. The film also achieved admirations of its viewers by tackling their nostalgic memories till now.

The Cinema Treasures Foundation is pleased to present this film in a fully restored subtitled version to facilitate the transfer of Egyptian culture through cinema to the whole the world. The Foundation has decided to provide this work because of its great importance in its reflection of the local community and its classic protagonist with its non-traditional structure. Sheikh Hosny is not handsome but he carries lot of dignity and emotion, which is rare in current Egyptian cinema. Even when a similar character was depicted, it doesn’t achieve the reach of Qinawi, played by Youssef Chahine in CAIRO STATION (1958). Yet, Sheikh Hosny succeeded to achieve the adoration of a large number of viewers who loved and chanted some of his songs. The foreign viewer will surely interact with this type of Egyptian characters throughout the film which also will introduce him to the local culture and society.