AKA: THE SUN WILL NEVER SET: A mother (Aqila Ratib) took care of the family after her husband’s death. They consist of the eldest son, Ahmed Zuhdi (Shukri Sarhan), his younger brother Mamdouh (Ahmad Ramzi) and their sisters Laila (Faten Hamamah, Nabila (Laila Taher) and Fifi (Shereen). While the family is also supported by the uncle Khalid Ezzat (Abdul Khaliq Saleh), each one has a lifestyle: Ahmed is an official who is flattered by his boss and colleagues because of his uncle Khalid; Laila falls in love with the husband (Imad Hamdi), Nabila loves her colleague; Fifi refuses her femininity; and Mamdouh is a young man who aims to venture into private business… 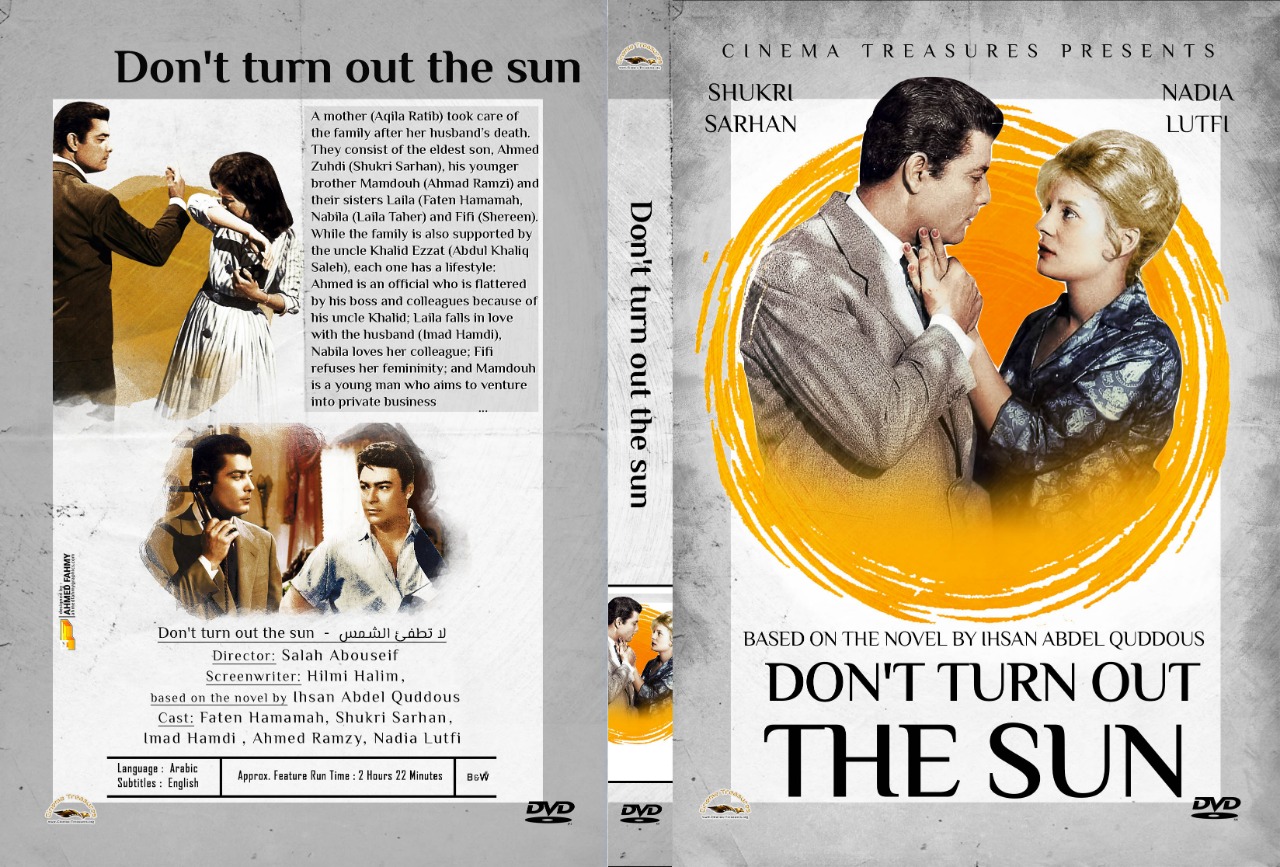 A classic of Egyptian cinema, the drama relies on the dialogue that was well conceived by the original author Ihsan Abdel Quddous who reflected the psychological state of each character.
The Cinema Treasures Foundation presents this film in a subtitled fully restored version for its historical importance and reflection of the Egyptian society. International viewers will have the opportunity to experience this era for the first time acclaimed by the music of great Egyptian maestro Ali Ismail.