In an Egyptian village, Fathy and Aly are two friends and lawyers who work together in simple cases. Fathy is characterized by legal intelligence which makes him discovers flaws in the law to easily claim victory in all cases. One day, a senior lawyer, Shawkat, approaches Fathy to work with him and soon Fathy become the director of the office of a minister. On the other hand, his friend Ali al-Zanati decides to join the Muslim Brotherhood for his materialistic interests. The strings are intertwined showing us the corruption and the misuse of religion for political control. 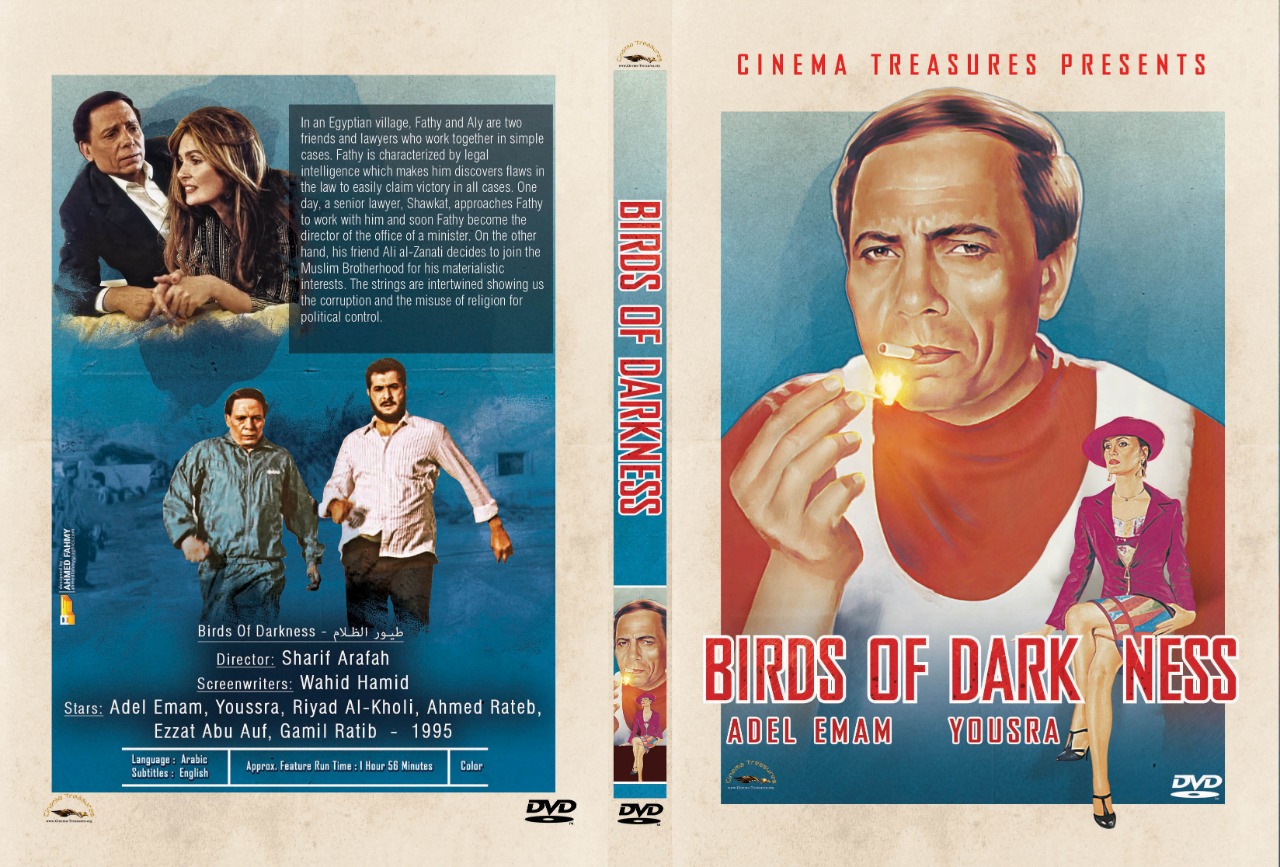 TOYOUR ELZALAM is a special case in the Egyptian cinema. This work predicted what would happen if political Islam groups infect the Egyptian society along with extreme corruption. This what has happened in real life during the revolution of January 25, 2011. The film was met with a storm of great success from the public and in various festivals. It won the bronze award from the Valencia Mediterranean Film Festival and Best Film at Milan African Film 1996.

The Cinema Treasures Foundation offers this film in a restored version with an extra three-minute scene featuring the lawyer Ali al-Zanati changing his voice over the phone, and talking with some terrorists to carry out a operation using a mysterious code so as not to be discovered by security or even his supporters who disagree with him
This film also foreshadows the concerns of the entire Egyptian society that faces many obstacles that could lead it to the path of destruction, especially radical groups that seek to destroy its heritage and future.